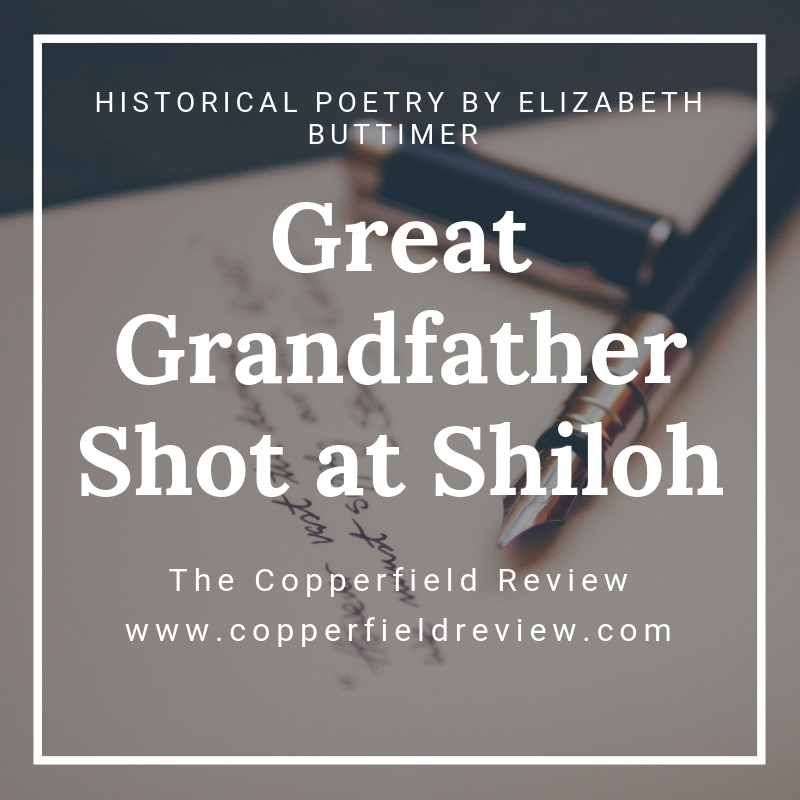 eight children with a war in between

crimson blood on the ground with

a mini-ball piercing flesh and bone.

An arm no good for farming, but a voice

in songs that shaped a nation with

as haunting the battle fields which

were filled with husbands,

brothers and sons, with neighbors

friends and strangers who in the night

sang to each other from opposing campfires.

In the blackness, as disembodied voices

floating across the silent, bloody fields.

Songs that they took with them to the war

came home with some, or stayed

as melody in a meadow for

those who sang no more,

For those who found rest in the green fields

that had become a red washed theater

for conflict and fallen comrades.

Songs of the everlasting and the eternal,

while the temporal came in rifle shots

and canon blasts and fires that leveled cities,

Red clay and crimson flood from the

blood of soldiers and the Lamb.

strengthening those who sang in accord

to still the cacophony of battle

and sweeten life with the soil,

mending the view from behind the plow.

Elizabeth Buttimer, an entrepreneur, a manufacturer and former educator, she received her Ph.D. from Georgia State University and her M.S.C. and B.A. degrees from Auburn University.